Join us at Asia Pacific’s most established real estate industry gathering for the 10th edition of the ULI Asia Pacific Summit from 30 August to 1 September 2022.

This year’s ULI Asia Pacific Summit will embrace a hybrid format and combine a safe, in-person experience at the Grand Hyatt Hong Kong with livestreamed content from around the world and a virtual audience reach of over 500 industry participants.
The programme will cover key trends that are shaping the built environment with an eye toward the future, tapping into the collective experience of ULI members to address pressing global and local challenges facing the real estate industry and communities worldwide.
We will also shine a spotlight on the host city—Hong Kong—providing the insider view on the city's vision for the future with homegrown industry veterans and next gen leaders in real estate, architecture/design, sustainability, investment, and technology taking centre stage.
The 2022 ULI Asia Pacific Summit is set to be a celebration of Hong Kong’s strengths with global themes that offer optimism and inspiration for the industry.

What You Can Expect

An incredible three days of exploration and experiences on the evolving complexities of the built environment via a variety of formats from interactive, intimate roundtables, and topic-specific forums to our signature 'big buzz, big tent' sessions featuring industry keynotes and leadership discussions.
Exclusive, behind-the-scenes, local tours of innovative, new and iconic developments in Hong Kong–curated by developers and builders who made these projects happen.
Dedicated networking activities, in-person and virtually, so you can connect and foster relationships with ULI’s influential membership network of industry experts, in Hong Kong and globally, for essential conversations you will want to take home. 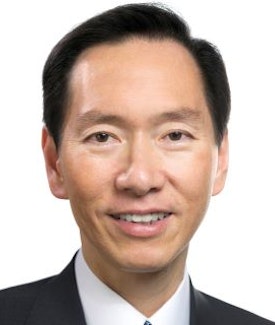 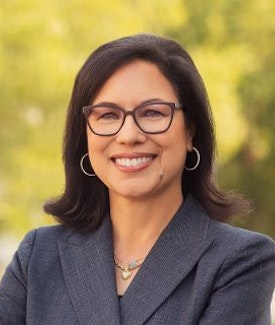 Diane Hoskins is one of two Gensler Co-CEOs. As an MIT-trained architect and holding an MBA from the Andersen School at UCLA, Diane's career has spanned Architecture, Design, Real Estate, and Business. Diane has broad responsibility in running the firm's day-to-day operations, which span 6,000+ employees networked across 50 offices in the Americas, Europe, Asia and the Middle East. As an outspoken voice in architecture and design, Diane is an advocate for sustainable design, climate action, and net zero buildings, Diane has led her firm's strategy to reduce the devastating impact of the built environment on climate change through its Gensler Cities Climate Challenge (GC3) initiative. Most recently, in November 2021, Diane was an invited speaker at COP26 in Glasgow, Scotland. In her remarks at COP26, Diane made the case for an wholistic approach to decarbonisation of the built environment and laid out Gensler's plans as a part of the ecosystem. In 2019, Diane was a spokesperson of the design industry at the United Nations Climate Action Summit, where she announced Gensler's commitment to 100% net zero by 2030. In addition, Diane is a lead contributor to Gensler's Climate Action through Design, an annual sustainability report dedicated to teaching and transparency. As a member of the Boston Properties Board of Directors, Diane chairs the Sustainability Committee, in support of the sustainability strategy of the largest office REIT in the United States. She has been featured prominently as a speaker on sustainability on the international stage in Stockholm, Sweden at the International Women's Forum's World Cornerstone Conference, the Wall Street Journal Future of Cities series, the Bloomberg Global Business Forum, Climate Week NYC, and the United Nations Climate Action Summit. Diane has championed Gensler's focus on diversity, inclusivity, equity, and justice in the design professionals, which has been featured in Wall Street Journal and other media publications. As a response to the social unrest of 2020, Diane led the development of Gensler's Strategies to Fight Racism, a five-part comprehensive plan to impact the diversity and inclusiveness of the firm, the profession, and the community. Diane also serves on the Inclusive Growth Initiative of the Greater Washington Partnership, a team of top business leaders across Washington DC, committed to leading the change. With a focus on delivering design that achieves impact and purpose, Diane focuses on transforming the practice of architecture with thought leadership and state-of-the-art strategies in service of the firm's 3,000 clients in more than 120 countries. With a keen sense of relevance in today's environment, she is known for moving the firm towards design that delivers results and that impact cities and communities. She has championed the firm's reach beyond architectural services to provide a broad, comprehensive platform of design, strategic and digital services to clients around the globe. As a result, the firm has grown substantially while gaining a reputation for excellence across the profession. A true innovator, Diane founded the Gensler Research Institute with a focus on sustainability, cities, workplace, human experience, and the newly launched Equitable Design pillar. The Gensler Research Institute fuels new advances in architecture and design, using exploration and transdisciplinary collaboration to place design ideas in the context of a more robust case for innovation and change. Known for her focus and commitment to the people she works with, Diane believes that leadership is all about investing in and growing people. Her focus on inspiring and encouraging people has been her approach to growing the firm. Over her 25+ year tenure at Gensler, Diane is associated with starting the firm's award winning Talent Development platform, the Gensler intern program, launching the "GO" (Gensler orientation), the Gensler Exchange Program, Gensler University and countless other initiatives geared towards growing people. She believes that the culture of the firm is the foundation of its success. Dian serves as a member of many industry associations, including the CEO councils for the Wall Street Journal, FORTUNE and Forbes. Diane is a Global Governing Trustee and a Global Board of Directors member for the Urban Land Institute. Previously, she served as a member of the World Economic Forum's Global Futures Council on Cities and Urbanization as well as the Real Estate Industry Action Group.
View in Member Directory Will open in a new window 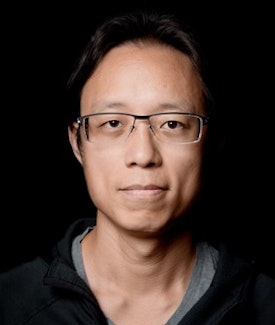 A veteran technology entrepreneur/investor based in Hong Kong, Yat Siu is the co-founder and executive chairman of Animoca Brands, a global leader in blockchain and gaming with the mission to deliver digital property rights to the world's gamers and Internet users, thereby creating a new asset class, play-to-earn economies, and a more equitable digital framework contributing to the building of the open metaverse. Yat began his career at Atari Germany in 1990. In 1995 he moved to Hong Kong to establish Hong Kong Cybercity/Freenation, the first free web page and email provider in Asia. In 1998 he set up Outblaze, an award-winning pioneer of multilingual white label web services. In 2009, he sold Outblaze’s messaging unit to IBM and pivoted Outblaze to become an incubator of projects and companies to develop digital entertainment services and products. One of those incubated companies is Animoca Brands, which was created in 2014. In 2017 he set up the Dalton Learning Lab, an afterschool digital lab for skills not emphasized by most education systems, including divergent thinking and design thinking. He is the founder of ThinkBlaze, the research arm of Outblaze investigating socially meaningful issues in technology. Since 2018, Yat has been an early advocate for the use of blockchain and non-fungible tokens (NFTs) in the gaming industry, which will allow gamers to enjoy true ownership of their own game assets, data, and, consequently, equity. With a clear vision of the potential of decentralized apps and assets, Yat quickly steered Animoca Brands to a leadership position in blockchain, gaming, NFTs, and the open metaverse. Recently valued at $5.8 billion, Animoca Brands operates a series of NFT-centric subsidiaries and products, and has invested in over 170 blockchain-related companies to build one of the largest blockchain portfolios in the world. Yat has earned numerous accolades including Global Leader of Tomorrow at the World Economic Forum, Young Entrepreneur of the Year at the DHL/SCMP Awards, and recognition as one of the Cointelegraph top 100 notable people in blockchain. A classically trained musician, Yat is a member of the advisory board of BAFTA (British Academy of Film and Television Arts) and a director of the Asian Youth Orchestra.
View in Member Directory Will open in a new window 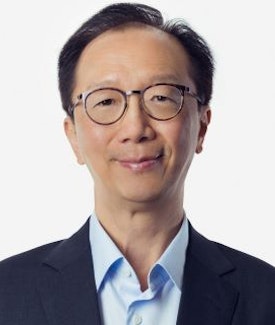