Global ULI Online
Registration is complimentary and open to everyone.
Register Yourself Register Two or More
View Event Attendees

As climate change accelerates, risks to real estate are intensifying. New construction has begun responding with safer designs, but what about existing buildings? Two-thirds of global building stock in 2040 has already been built, according to Architecture 2030. These buildings must be made resilient to natural hazards like floods, wildfires, and more.

Resilient building retrofits can provide solutions for buildings of all types and sizes – however, planning and paying for retrofits remains challenging. Join this session to understand the strategies and considerations for resilient retrofit designers, policymakers, and finance professionals that can be applied within real estate portfolios large and small. 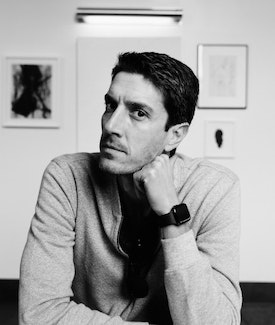 Clay Haynes is an entrepreneur, creative thinker, and consensus-builder. He gains energy from good design and human connection. Clay gravitates towards projects that connect the community with commerce. His daily goals - work hard, be kind. He is the founder of Public Square, a sustainable real estate development + brokerage company. We have an acre for acre commitment – for each acre or property we develop, we offset it with an acre in permanent natural space easement. Clay is an unlimited licensed general contractor. He is inspired by architecture from centuries past and strives to deliver projects that tell an equally long story. He has an array of development experience ranging from design and entitlements to leasing and management. Clay also contributes his time to organizations that equitably strengthen community. He has served in a spectrum of leadership roles in Middle Tennessee for organizations ranging from the Nashville Arts and Culture Commission to the Industrial Development Board, and he was appointed by the State Legislature to his local Election Commission. Clay is passionate about conservation and is an active member of the next 30 committee with the Southern Environmental Law Center. He holds a degree in political science from Washington University in St. Louis and a certificate of French Language from the University of Paris Sorbonne. Above all else, Clay seeks to be a good father and a good husband.
View in Member Directory Will open in a new window Daniele Horton brings over 20 years of experience in corporate sustainability, real estate and project management. Daniele’s expertise, dedication and passion are central to her leadership of the company. Daniele is an architect, LEED Fellow and a Certified Energy Manager. She is currently leading the Verdani team in sustainability efforts for 11 real estate firms with over 550 million square feet of diversified real estate across 4,250 properties representing over $275 Billion in AUM. Most of Verdani’s clients have ranked among the top ten on GRESB which reflects the success of their sustainability programs. As the head of sustainability for Thomas Properties Group for almost a decade, Daniele led the LEED certification of TPG’s nationwide portfolio of office buildings in house and was ranked as the highest environmental performer on GRESB in the Americas in the Office category (2011, 2012 & 2013). With over 60 speaking engagements under her belt since 2008, and industry leadership with 14 organizations, Daniele was named one of the “Top 10 Most Powerful Women in Sustainability” in 2014.
View in Member Directory Will open in a new window 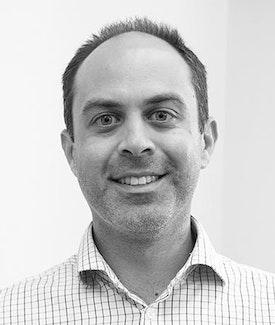 Ibbi Almufti, SE, PE, PEng, leads the Advanced Technology and Research (AT+R) group in Arup’s San Francisco office. He also leads the Risk and Resilience business practice and Arup's Global Working Group on Climate Risk and Resilience. He is a licensed Structural Engineer in California and a Certified Wildfire Mitigation Specialist. Ibbi led the development of the REDi™ Rating System which provides owners, architects and engineers a framework for implementing “resilience-based design”, a holistic design, planning, and risk verification approach for achieving “beyond-code” resilience objectives. The REDi downtime assessment method he developed has become adopted throughout the industry. He and his team are now developing similar guidelines for floods, extreme storms, and anti-terrorism. Ibbi serves on the FEMA/USGS Project 17 Committee and the Building Seismic Safety Council (BSSC), which determine acceptable risk targets for national building codes. In the past he has served on the LEED Resilience Working Group and the EERI Resilience Panel. Ibbi has been recognized as an industry expert on resilience topics and has spoken at major conferences and events around the world. He has published extensively to contribute to the field of earthquake engineering. He is a trusted source for news media including the New York Times, CBS News, Reuters, and was also recently featured on an episode of PBS NOVA.
View in Member Directory Will open in a new window Mary Witucki is the Community Education and Outreach Program Lead for the FEMA Region 9 Mitigation Division. She facilitates community engagement in mitigation planning and implementation efforts. Mary holds a Masters in Mitigation of Geological Natural Hazards from Michigan Technological University (2018) and served in the Peace Corps (2013-2015) working in community planning and engagement.
View in Member Directory Will open in a new window